How to Play Poker Cards 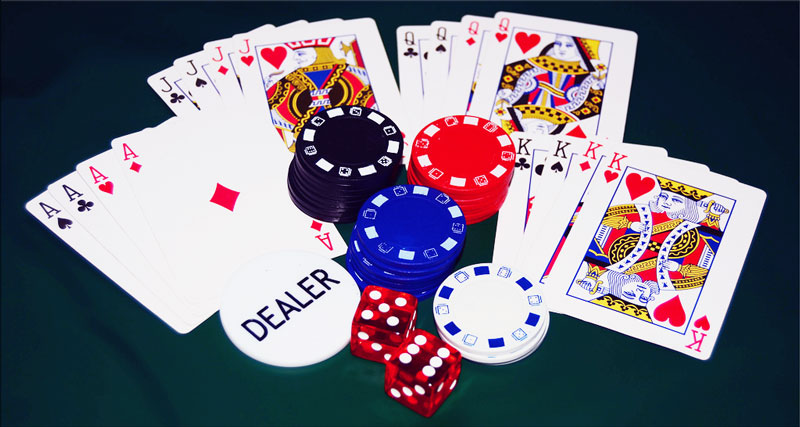 Playing poker efficiently demands more than just knowing the basic rules, but that’s a starting point you cannot avoid. After that, it takes experience and knowledge to play your hand. Read everything you should know to become a great poker player.

How to Play Poker: Mastering the Game

Unlike with pokies and other casino games of chance, it takes skill and knowledge to good at playing poker. You can spend years on end mastering the game to go to a tournament. And yet, there you come across someone who’s been programming their brain for decades to calculate whether you have something better than their Straight.

It’s infuriating to play for months and keep coming across someone who makes taking your chips away look like taking a lollipop from a kid time and time again. Especially when quitting is just an easier option you can opt for at any moment. But if you push on through, that feeling of getting money from your first successful tournament is well worth your time.

As with everything in life, dedication is key. You should concentrate on the long term goal of you becoming an excellent poker player. Don’t let losing sessions discourage you. Likewise, don’t think you’re the Michael Jordan of poker just on the basis of you winning a couple of times in a row.

The beginning phase can be frustrating, as you don’t really have the idea of what’s going on and how to read the cards. Oh, and make a rule not to bluff at all for the first few months. Even if it goes well for you, it’ll be a fluke. Now, the time has come for us to go through the basics of the game, as well as some advice on how to play.

Poker Hands — What Are Those?

Irrespective of which poker game you play, the game revolves around players competing who has a better hand. Additionally, there are 11 different hands you can hold during a game, and the highest-ranked hand wins the pot. 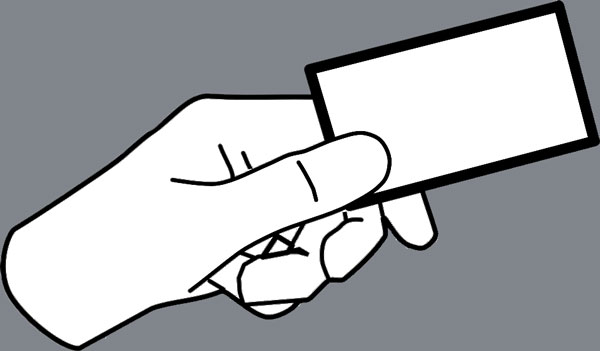 If you wish to become proficient in poker, you should know these combinations by heart. It’s not enough to know what you have — you also need to predict what your opponent might have. With that knowledge, you make a decision whether you’ll bet or not. Initially, you should have a copy of the rankings listed below until you learn them all.

Hands can contain up to five cards, and now, we’ll explain every possible combination. We’ll do it in descending order, from the strongest to the weakest.

As the game of poker evolved over time, many different variants of the game developed. We’ll explain three of the most popular ones.

By far the most popular and recognisable poker variant. If you’ve ever watched professional poker tournaments on TV, chances are they played Texas Hold ‘Em. The game consists of the dealer handing two cards to each player. Then, the dealer hands them out, starting with the first player on their left and proceeds clockwise. This is also the direction in which betting takes place later on.

In the end, you have 7 cards (five community and two hole ones) to get the best hand you can.

There are four rounds during which you can make a bet. The betting starts once you receive your hole cards. In every betting round, you can do four things — check, call, fold, or raise. If you check, basically nothing happens, you just stay in the game and pass the baton to the next player. If another player raises, you have a decision to make. You can either call their raise, which means you match their bet and stay in the game, or if you don’t feel confident in your hand, you can fold and hand over your cards. Doing this will make you abandon the game, and you forfeit any money you’ve bet so far.

Lastly, you can raise (or re-raise if you want to add more money to the pot after someone’s already raised) in order to make other players call your bet or fold their cards.

Other betting rounds happen every time the dealer puts a set of community cards on the table. So you bet again each time after the Flop, Turn, and in the end, after the River. There are no betting limitations, meaning that you can fold (effectively putting in nothing), or you can go all in (bet all your money at once) if you wish.

In order to avoid boring games where everyone just folds instantly, poker gamemasters have come up with blinds. They force the first two players to place a bet in the round before even receiving their hole cards — in other words, they bet blindly.

If you know the rules of Texas Hold ’Em, you’re already halfway there when it comes to learning Omaha. There are five community cards, four betting rounds, and you use a combination of community and hole cards to make a hand with five cards. So what’s the difference?

Well, first of all, you don’t get just two hole cards – you get four of them. Then, there’s also a limitation on how you can combine your cards. In Texas, you use both the community and hole cards to get a hand. However, there are also no restrictions when it comes to how many hole cards you need to use to form a hand (which means you use only community cards, i.e., you play the board).

But, should you choose poker further up north, in Omaha, you have to combine three community and two hole cards. That’s a must, which most of the new players overlook. For instance, let’s say the community cards are A-K-Q-10, all of hearts and a Jack of clubs. Now, you’ve received four hole cards — you have a Jack of hearts, a Three and Four of clubs, and a Seven of spades. Stop! Don’t go all in just yet on that Royal Flush that’s screaming in your eyes.

The problem is, you can’t use only one of your hole cards. So the strongest hand you actually have there is a Pair of Jacks. And with a board like that, it’s highly likely someone’s holding a Flush, so it’s best you just fold.

Seven-Card Stud Poker was the go-to game of poker before Texas Hold ‘Em grew in popularity. It’s a slightly older version of poker, which doesn’t involve any community cards. Every player receives seven cards, three of which are placed facing down. 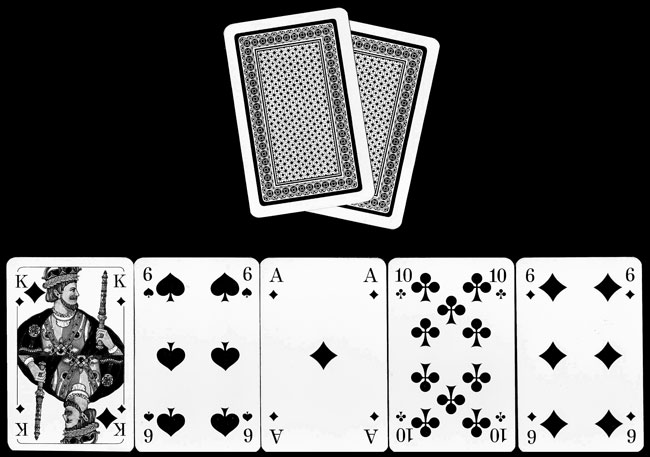 The game usually comes with minimum and maximum bet limits. For instance, we have $10/$20 stud games, which signifies you must bet between these two amounts. When you receive the opening three cards (first two facing down), everyone needs to ante, which is to chip in irrespective of which cards they have — similar to blinds. After that, the player holding the weakest revealed card gets to bet first.

Later on, every time you receive a new card, there’s a round of betting, five of them in total. Finally, you form the strongest five-card hand possible from the seven dealt. Additionally, the same card rankings apply. But the way you judge your hand is by comparing it to the five opponents’ cards facing upwards.

Now that we’ve worked out the game rules and how to play different poker types, it’s time you worked on your strategy. Anybody can learn which combinations there are and when you can place a bet. But that’s not what will set you apart. The biggest difference between a professional player and someone just starting off is their game management and anticipating what their opponents might have.

In the beginning, you need to practice a lot. It’s like riding a bike — in theory, it’s just pedalling, but we all fall down on our first try. But once you decide to play with real money, you should always have your balance on your mind. Playing within budget is the way to go if you want to avoid addiction and financial problems.

Avoid getting emotional — it’ll only cloud your judgement. Doubling your bets after losing may seem like an attractive and quick option to regain your funds. But it’s risky and not really worth it if you’re already running low.

When you’re deciding on a bet, don’t think just about the decision in front of you. Think ahead. If you raise and someone re-raises you, will you call? If not, don’t raise at all. Consider being aggressive and force your opponent’s move by re-raising if you feel your cards can win. Most of the games finish by nobody calling a raise.

Know When to Fold

This is perhaps the most important side of the game. Don’t be reckless with your money. The more rounds you play, the more of them you’ll lose. You should focus only on hands with strong ranking, and don’t be too attached to what you’re holding. A Full House is a great hand, but don’t bet your life on it. Instead, read the game and check for other possibilities. That dude that just re-raised you, could he be rocking a Straight Flush?

So if the odds are stacked against you having the winning hand, fold. Unless, of course, you’re good at…

The crucial thing about bluffing is to remain consistent with your bets. In the beginning, when you haven’t yet developed a style of play, you should stay away from bluffing. If you’ve been paying tightly the whole game, becoming suddenly aggressive in a round is a telltale sign you’re up to something cheeky. You should also consider other players’ behaviours before trying to bluff. For instance, it’s harder to bluff successfully against amateur players, as they tend to call almost anything. If someone only checked, they’re probably not confident in their hand and you can force them to fold.

However, playing online poker gives you even better chances to succeed. There’s no body language involved, and you can sweat bullets all you want in the comfort of your own home. However, as they can’t see if you’re suddenly nervous, online players will focus even more on your betting patterns. So make sure the bluff doesn’t look out of place.

Remember — a Pair of Aces loses to a Straight Flush. But a Pair of Balls beats anything, so long as you don’t attach a telescope to them.

Once you learn the ropes of poker, it all comes down to gaining experience. The best way to learn how to successfully play poker is to find yourself in various situations and experience them on your own skin.

So pick a type of poker you’re most comfortable with and choose a betting strategy that suits you and your bank account. You can be passive, tight, loose, or aggressive. But once you pick your style, stick to it, and don’t deviate. Even when bluffing. Good luck, and most importantly, have fun!